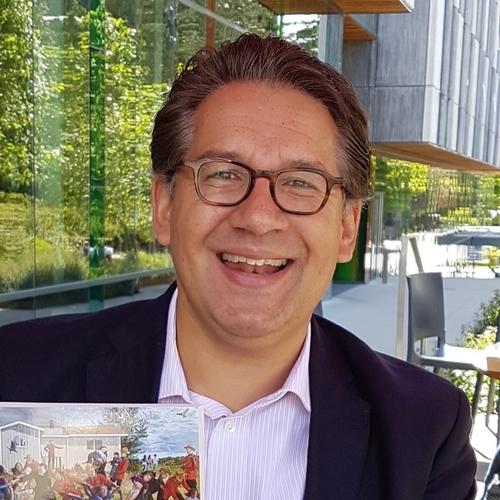 David B MacDonald is a mixed-race political science professor from Treaty 4 lands in Regina, Saskatchewan, with Trinidad Indian and Scottish ancestry. He is a full professor and in 2017 was appointed as the Research Leadership Chair for the College of Social and Applied Human Sciences. He is also the North American series editor for Global Political Sociology at Palgrave Macmillan.

He has held faculty positions at the University of Otago (New Zealand) and the École Supérieure de Commerce de Paris - ESCP Business School (Paris, France). He has a PhD in International Relations from the London School of Economics.

His work focuses on Comparative Indigenous Politics in Canada, Aotearoa New Zealand, and the United States. He has also worked extensively in the areas of International Relations, American foreign policy, Holocaust and genocide studies, and critical race theory. He is the principal investigator (with co-researcher Sheryl Lightfoot) on multi-year Insight Grant through the Social Science and Humanities Research Council of Canada entitled “Complex Sovereignties: Theory and Practice of Indigenous-Self Determination in Settler States and the International System” (2018-2023).

He has recently completed another IG entitled Principal Investigator “Bi-Nationalism as a form of Aboriginal-Settler Reconciliation in a Multicultural Context: What Can Canada Learn from New Zealand's Model of Power-Sharing?”  SSHRCC Insight Grant 2013-17; and “Indigenous People and the UN Genocide Convention: A Study of Indigenous Assimilation Policies in Canada” (SSHRCC Standard Research Grant 2009-13.

He is also active on two other SSHRC grants:

He has also been widely published in the Globe and Mail, National Post, Winnipeg Free Press, The Conversation, and other media outlets.